There is a Filipino sense of community and "Bayanihan" that is a strong and  a driving force - you will witness it in the easy and open smiles as we catch a note of our mother tongue in a crowded bus, in a shopping mall and on the street. You will witness it in the gravitation of the Filipino diaspora to one another in communities far and wide, large and small. We at FCAWI are one such community. We are a collection of people who have sought to support each other, to celebrate and preserve our sense of identity by passing our cultural heritage on to the next generations.

A Constitution and By-Laws of the Association was drawn up that year and on November 25, 1977,  FCAWI was incorporated and registered with the Federal Government of Canada.

Between 1980 and 1990, FCAWI saw quite a decade worth of growth! The Association went to print with the FCAWI Times to share the news and views of its members. The young people of the community formed the FCAWI Youth Chapter.  As a vital and energetic community, FCAWI began to form quite a sports program: we had a girls' basketball team, a youth bowling league, a softball team, as well as girls and boys volleyball teams.

Consequently, the Annual TRI-City Picnic with the participation of Montreal, Ottawa & Kingston was first organized and hosted by FCAWI. In what has become an unbroken tradition, that first picnic was held at Woodland Park in Long Sault, Ontario and continues to the present. It was organized mainly as a sports competition event (softball & volleyball) among the three cities.

The Pilipino Language Program was first founded and enjoyed subsidies from both the Federal and the Provincial governments through grants under the Canadian Multicultural Program. Language and Heritage classes were held in three different areas: Montreal East, West Island and South Shore. There was a tremendous positive response from the parents in the community. Along with the dedication of a volunteer teaching staff composed of members of the Filipino community in and around Montreal, the program was very successful.

That decade also saw the introduction of the official FCAWI logo. A symbol of our community's pride as Canadians and Filipinos, it was the winning submission of Mr. Phil Ilagan through a competition open to all FCAWI members. Since its conception, the members of FCAWI have lofted our symbol with pride at every given occasion. Since 1983, one of those very visible occasions has been our participation in Montreal's Annual Canada Day parade. Countless FCAWI members have waved to the crowds lining the streets of Montreal for almost 20 years!

Under the Multicultural Program of the Federal & Provincial Governments in the mid-1980's, FCAWI developed close links with other ethnic and cultural groups in Montreal. We began to come together with other ethnic groups to share and celebrate our respective cultures through food, music and dance. A similar group was formed in the West Island of Montreal and FCAWI was a member. The leaders of these various Ethnic groups met and exchanged ideas. A unifying goal was the strengthening of our respective Cultural Heritage Programs and gaining governmental support and funding for these group projects. The Honorable Gerry Weiner, who was then the Minister of State for Multiculturalism & Citizenship, was a key figure in all these efforts. In the late 1980's Gerry Weiner became the Secretary of State for Canada and continued to hold on to his Multiculturalism portfolio. He continued to support the Multicultural Groups in Montreal, the multicultural groups in the West Island included.

The path of FCAWI hasn’t always been strewn with roses.  It had its first challenge in the mid-1980’s when dissenters losing the election that year left the Association and formed their own.

In the late 1980's the students of the Cultural Heritage program began to visit the Father Dowd nursing home in downtown Montreal and senior citizens' homes in the West Island during the Christmas season in order to entertain them with traditional Philippine folk dances and Christmas Carols. This tradition of spreading good cheer in the holiday season continues to this day.  From 1990 to the year 2000, FCAWI's Cultural Heritage Program had to be scaled down to a single area in the West Island due to cuts in Federal and Provincial government grants. Despite the decrease in enrolment and the need to rely on our own ability to raise funds in the wake of the governmental cuts, students in the Cultural Heritage Program continue to represent FCAWI at various annual events in the West Island particularly the International Day celebration that started in 2001sponsored by the City of Dollard Des Ormeaux through the performance of Philippine folk dances.

The FCAWI Sports Program began to grow even stronger in the late 1990's to the present. More and more children were drawn into the Sports Program and were winning most of the Annual Tournament Games. FCAWI has become one of the Pillars of the Philippine Basketball Tournament Program in Montreal.  The second challenge for FCAWI came through the Sports Program at this time.  As this Program was at its peak, the FCAWI Director of Sports and a couple of Assistants envisioned forming their own Sports group by diverting the whole FCAWI Sports Program to their new group.  They were not as successful as they dreamed to be.

Mandated by the revised Constitution & By-Laws of the Association, the FCAWI Seniors became a reality in 2009.  With modest beginnings, it catapulted to its present social and financial status with the help of the provincial government through Hon. Pierre Marsan, Liberal MNA for the riding of Robert Baldwin and the New Horizon for Seniors Program (NHSP) of the Federal government.  Since the spring of 2013, the FCAWI Seniors enjoyed taking free courses in Line Dancing, Zumba, Tai-Chi and Basic Computers, all subsidized by the NHSP.  This FCAWI Program gained popularity in the community reflecting a considerable increase in membership to the Association.

As fate would have it, FCAWI would experience its third challenge, this time from some members of the Seniors who officially withdrew their membership and formed their own group.  Main reason for their withdrawal is non-acceptance of the FCAWI Constitution & By-Laws which govern the formation of the FCAWI Seniors (one of the major projects of the Association). Membership to the FCAWI Seniors grew considerably as a result.

We now stand 38 years after a handful of Filipinos first envisioned the Filipino- Canadian Association of West Island. It’s as strong as ever like a tree planted 38-years ago that could withstand nature’s forces in all seasons. The members of FCAWI have channelled years of energy and vitality towards constructive activities in the community, towards the engendering of civic leadership and social consciousness. May we continue to grow and to celebrate in the strength of our community, in the resilience of the Filipino spirit and in the joy of our culture! 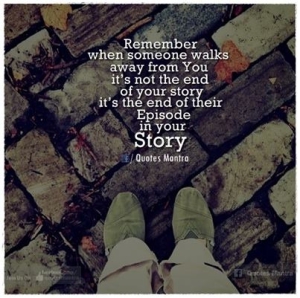 We are a non-profit organization and welcome any kind of support. If you would like to help out, please contact us for a list of our most needed items or volunteer opportunities.

PLEASE NOTE THAT WE HAVE RESUMED OUR ZUMBA ACTIVITY AT THE LAKEROAD CHALET IN DDO, CORNER LAKEROAD & HEMMINGWAY. Please see ad on Upcoming Events.

Please see the Upcoming events for all of our planned activities.

Thank you to all our volunteers!

Welcome. Join us to work toward improving our community. We can't wait to meet you all during our upcoming projects.

Check our Photo Gallery for pictures of our latest events.

Get Social with Us